This feature is currently only available on our mobile app. Download it now!

SHUNGITE HISTORY & USES How much power can a small black stone really hold? For starters, shungite, is far from just ‘a black stone’. Originating from the village of Karelian in Russia, this powerful, fullerenes charged stone, has been around for over 2 billion years. More recently, shungite has been gathered for use, but not for the reasons you would expect (or would have likely heard about elsewhere online). Only recently has the western world become more familiar with shungite and it’s no wonder why. A DEEP DIVE INTO SHUNGITE - IT’S EARLY USES As with any discovery, we humans tend to use what we already know and apply the same logic when trying to make sense of something new. Take for example shungite. In appearance, shungite may have resembled that of coal to those who originally found it. Naturally, they used their logic, put two and two together, and decided to explore the possibility of using shungite for fuel. SHUNGITE AS A FUEL SOURCE: DID IT WORK? Countless attempts were made during the Crimean War, World War I, and during the fuel shortage experienced in the city of Leningrad to find ways to burn shungite. All attempts were unsuccessful despite the high content of carbon in the rock. Even through shungite had high activity in redox processes, the rocks couldn’t burn in furnaces. Mother nature had different plans for shungite apparently and frankly, thank goodness she did. Researchers lost interest in shungite once they realized that shungite couldn’t be used as a fuel source. WHAT EXACTLY IS SHUNGITE? In the most simplistic terms, shungite is a mineral deposit. It was originally found on the shores of Lake Onega in Shunga, a Karelian village, where it got its name. Shungite has varying degrees of carbon content. HERE’S A QUICK SNAPSHOT OF SOME FACTS YOU MAY NOT KNOW ABOUT SHUNGITE: - Shungite carbon is X-ray amorphous, fullerene-like, and non-graphite. - On a molecular level, its tendency is to build spherical structures and complex matrices of spheres upon spheres ranging from 10-30 nm in size. - Similar carbon structures to shungite have been found in space. - Shungite rocks are a natural nanostructured composite, and, very diverse in composition. - The carbon content in stratified shungite rocks ranges from only a fraction of a percent to 70% or more. - Shungite’s mineral composition varies from quartz to complex silicate. ——— Refund/Return Policy: Return within two weeks in original condition for full refund. 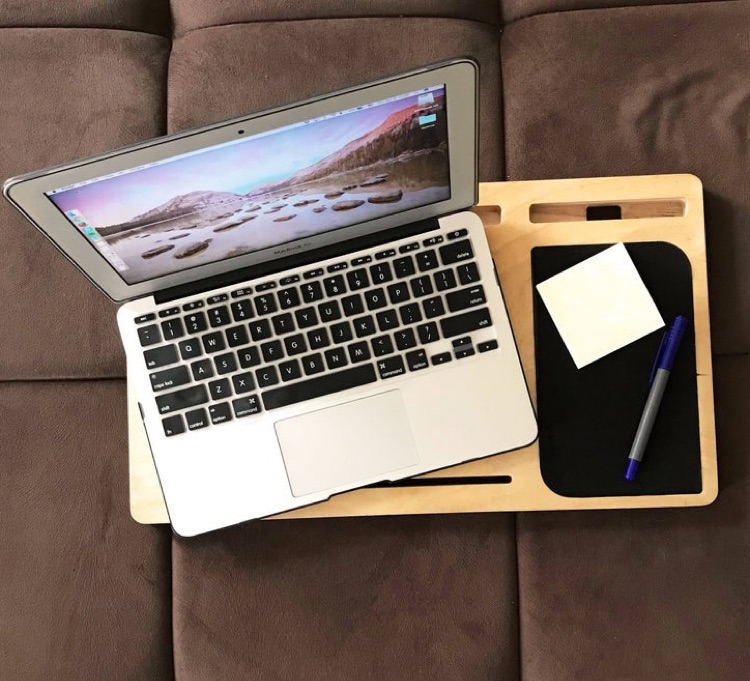 LapPad GO - Laptop Table & Portable Desk (for laptops up to 13")

LapPad GO - Laptop Table & Portable Desk (for laptops up to 13")